YOU’RE REALLY MADE OF

The InBody 570 Scan Will Tell You Your:

WHAT CAN I LEARN FROM THE INBODY 570 SCAN

The image below shows the printed output you will take home when you get an InBody 570 Scan. If you have any questions about the information from a scan please give us a call or send a message. 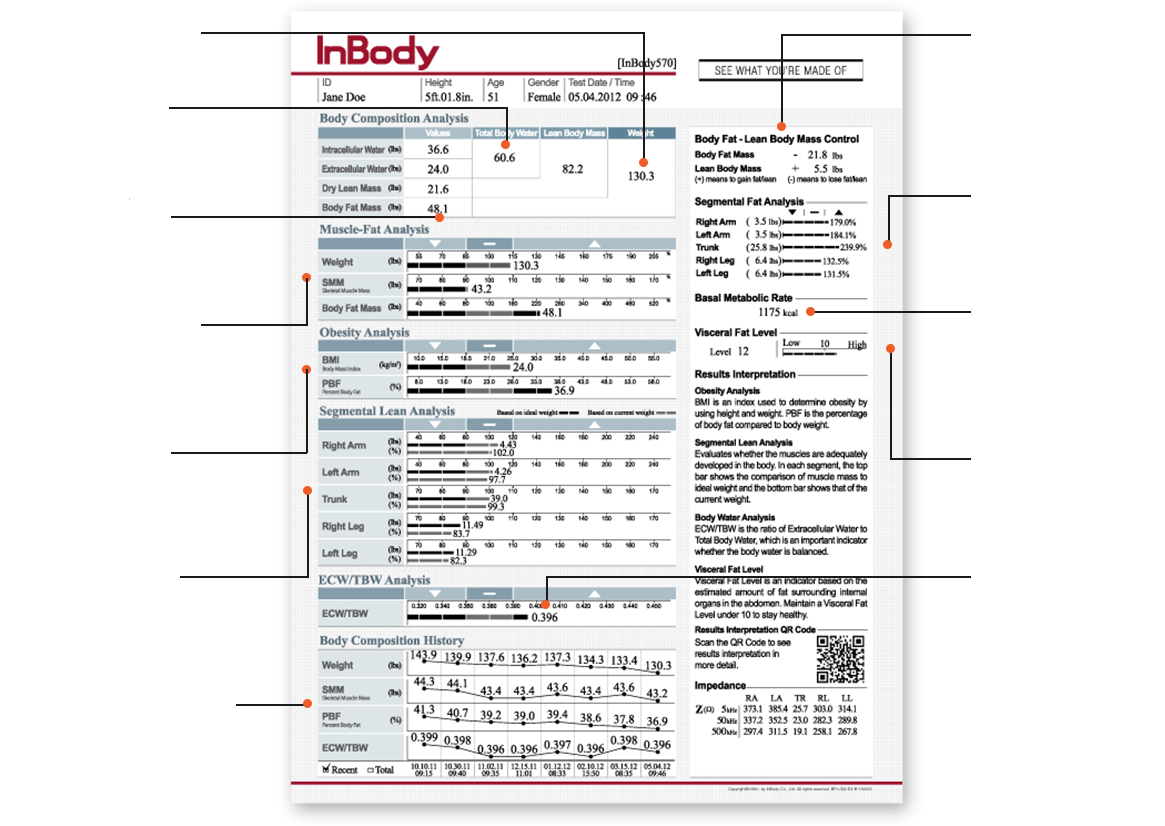 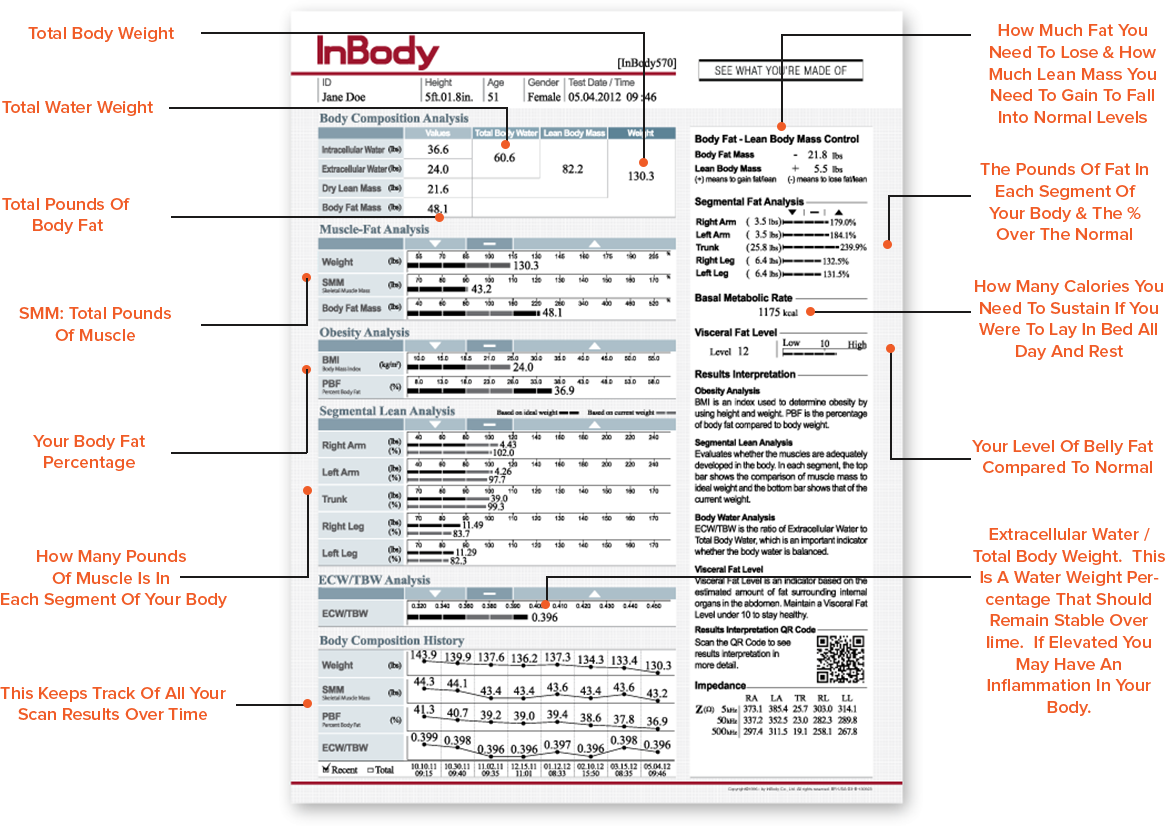 This Keeps Track Of All Your Scan Results Over Time

The Pounds Of Fat In Each Segment Of Your Body & The % Over The Normal Level.

Your Level Of Belly Fat Compared To Normal

Extracellular Water / Total Body Weight. This Is A Water Weight Percentage That Should Remain Stable Over Iime. If Elevated You May Have An Inflammation In Your Body.

GETTING A SCAN IS

An InBody 570 scan takes about 2 minutes from start to finish. You start by stepping barefoot on the scale. It will then take about 5 seconds to capture your weight. Then you enter your phone number which will act as your unique identifier to keep track of results over time.

If it is your first time you will enter your age, height and weight. You then grab the handles and the full body scan will take about 90 seconds. Your results will automatically print and all your information will be stored.

We are conveniently located in Central Fort Collins near the intersection of Drake and College. Our GPS address is: 2716 S.College Ave Suite B, Fort Collins, CO 80525.

Check out the two scans below to see how one DNR member’s body changed over the course of two weeks with consistent workouts and a healthy diet.

The results above show what happened when one of our members quit drinking beer, went on a 2500 calorie IIFYM diet with a daily protein goal of 270 grams, while working out hard 5 days a week. 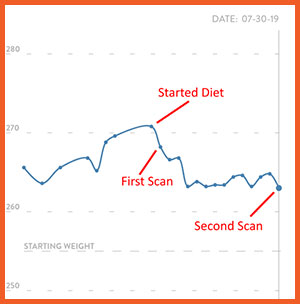 The results are very impressive but as you can see on the chart to the left, for 11 days of the two weeks, you can see that his overall weight pretty much remained the same which was frustrating for him. He weighed in on his home scale every day and kept track of the weigh-ins which is shown in the chart.

As you can see from the regular scale results it looks like his weight is basically the same as it was before he started dieting. However if you look at the InBody Scans above they tell a different story.

By comparing the two scans you can see several awesome indicators. His pounds of body fat decreased by almost 12 pounds from 83.1 to 71.1. His pounds of muscle increased from 107.1 to 110 and the pounds of water increased from 135.1 to 138.7. So, whereas his weight only went down 7 pounds, his changes were much more impressive than what was shown on his scale.

After 10 days of IIFYM, we was ready to try something else as he thought he plateaued early despite clothes getting looser and workouts getting easier. He stuck out the extra 4 days just to see the scan results and once he saw those he became a lifelong believer in the InBody 570 and IIFYM!

This’s for 1 scan so you can see where you are at.
The results will be saved so you can come back in again.

15% Off When You Purchase This Package of 2 Scans.

This package saves you $50 for every 5 scans. It is popular for people like to get scans every two weeks or monthly.

$15.00 Auto payment for CrossFit DNR active members only + $10.00 per additional scan during the same month.
The auto payment will not be attached to any CrossFit monthly membership, it will be a separate $15.00 /m auto charge.
$15

Find Out What You’re Really Made Of!

Do I need to make an appointment?

Yes. You need to make an appointment to ensure that a member of our staff will be there to run the scan.

Will you help interpret the results?

Yes.  A member of our staff will go over the results with you if requested.

Do you offer nutritional packages?

Yes.  We have a dietician on staff who can help you with dieting and weight loss if requested.